How to Recover Canon CR2 Image Files from SD Card?

Canon digital cameras have become most widely used camera to capture high definition images in CR2 format. What if you are unable to access those images? If you are in trouble to access the CR2 image files, here is an estimable way to recover the images. Be it inaccessible, deleted or formatted from the SD card; recover the CR2 image files in just a few clicks without any hassle with SFWare SD Card Recovery Software…

What is CR2 Image File Format?

Based on TIFF Specification, CR2 image file format is a RAW file format created by Canon to process the captured data. Whenever a photo is taken from the Canon cameras, it is saved with CR2 extension. CR2 saved files would be large, uncompressed and of high quality. Therefore, it holds the large space in the SD card. If the files are in CR2 format, it is understood that they aren’t ready to be printed or edited.

Losing CR2 files before it processes into printable format is disappointing. Most likely you will be able to avoid this situation, if you set the camera to save the files as any other format like JPEG, PNG etc, instead of Raw. As soon the camera captures the picture it is saved in CR2 Raw file format and processed to allocated file format in sometime.

How CR2 Files are Lost From Canon SD Card?

If you have encountered any of the above mentioned situations that would certainly lead to loss of CR2 files from the Canon SD card. It is best suggested to recover photos from the SD card before it gets too late.

Is It Possible to Recover Deleted CR2 Files?

Not only deleted, you can also recover lost or formatted CR2 image files from Canon camera. Any files deleted from the drive is never erased from the drive. The path of the deleted files will be allocated to a new file to be written. Therefore, the spaces are marked empty and hence it becomes inaccessible to the users. While SFWare’s SD card recovery tool designed with efficient scans algorithm scans the entire drive to locate the image files and easily recover the files.

Keynote: With the easy and simple SFWare SD card Recovery tool, make sure you recover CR2 files before the CR2 files are overwritten.

How to Recover CR2 Image Files from SD Card?

1. From the main screen, select Recover Files or Recover Drive option according to how you have lost your CR2 files from SD card.

2. Select the drive on which you need to perform SD card recovery to retrieve CR2 files 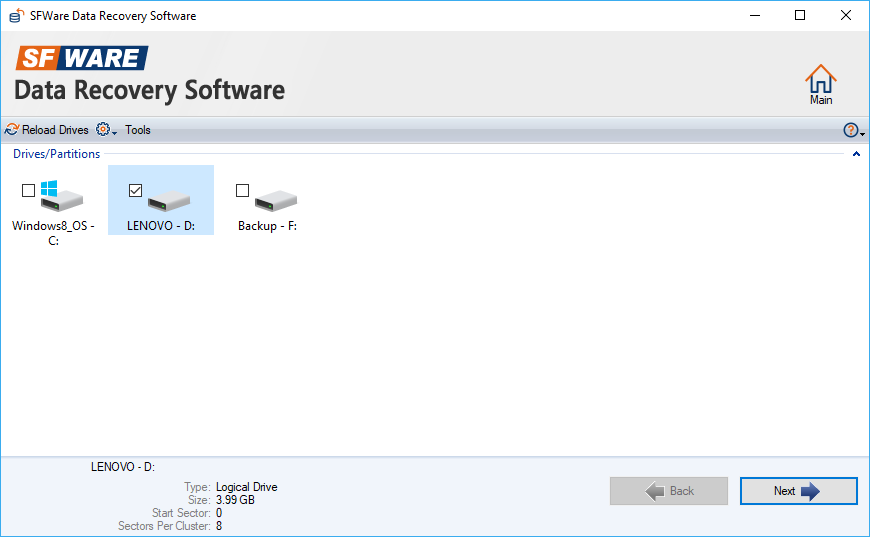 3. After the completion of the scanning process, all types of recoverable files are displayed on the screen, use Data View or File Type View to view the recovered CR2 RAW files.

4. Now select the list of files you want to restore from SD Card, and then click next to select preferable destination drive to save it. 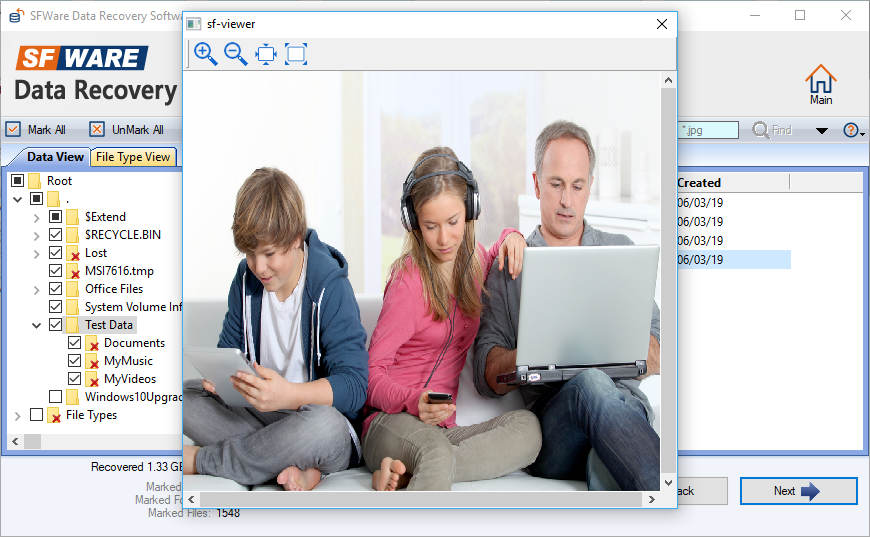 Now, you can verify your recovered CR2 file images. What if your SD card turns RAW? How would you be able to fix that? Click on the link to know how to recover data from RAW SD card.

SFWare SD card recovery tool not only helps to get back CR2 or CRW files from Canon SD card, but it also recovers images from other camera / camcorder brands like Nikon, Sony, Kodak, Samsung, Olympus, and many more.

How do I repair a corrupt CR2 file?

You can repair corrupt CR files easily by converting CR2 files to another file format. You can try to convert them into Raw file format such as such as ARW, DNG, or JPEG. You can use an safe and secure convert tool available online and try converting the CR2 files.

To open CR2 files, all you need is a raw image processing program or photo editing software. However, Canon has its own inbuilt software for image editing and a manage the Canon images. Also, other third-party programs such as Adobe apps such as Lightroom and Photoshop can also open a CR2 file.

Why are my CR2 files corrupted?

Any damage caused to SD card also leads to corruption of files stored in the drive. A few common reasons for CR2 file corruption are usage of improper usage of SD Card from the camera (insertion or removal), inappropriate usage of card reader, or USB ports, virus/ malware can make CR2 files corrupt.