AVI or Audio Video Interleave is a multimedia file format used widely across the globe. Generally people use .avi files in the form of movies and short videos on their computers. Any damage to the file can make the avi file unplayable resulting in loss of your precious video file.

Though there are many unreliable fixes to repair broken avi video files using some third party media players like VLC media player, they are strictly not recommended.

However, these media players could help you fix minor errors and corruption on the video, fails to repair major corruption or severe damage on the file. Hence it is recommended only to make use of a trusted video file repair tool to fix the AVI files when encountered any damage.

Scenarios Where SFWare AVI Repair Tool Could Be Used

Be it corrupted or damaged AVI file, SFWare AVI Video Repair software is the best soughted choice of people to repair corrupt avi files across both platforms of Windows and Mac operating system.

The tool is built with a safe non-destructive algorithm that works in read-only mode ensuring that no damage is done to the original file.

The simple user interface of the tool is an added advantage for novice users as the complex process of repairing AVI video file is made into a simple task.

Built with a robust scan engine and a non-destructive algorithm, SFWare AVI Repair Software is the most recommended tool across both Windows and Mac operating system. The tool seamlessly works on corrupt or damaged video file, by splitting the video, audio codecs separately and combines them back together generating a healthy playable AVI file. Download and the try the software for free now. 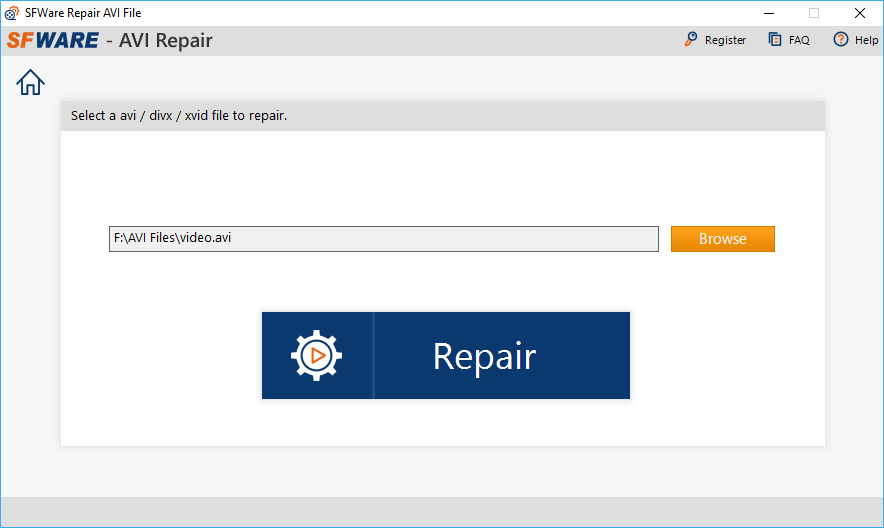 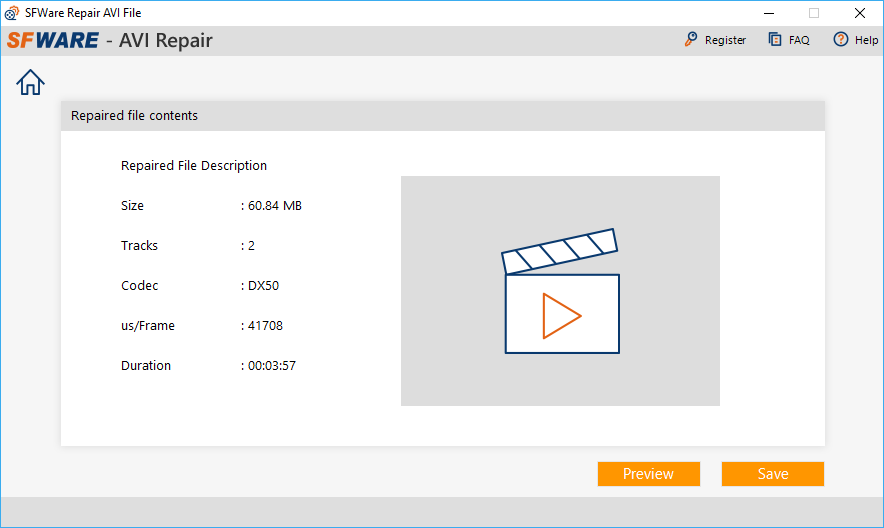 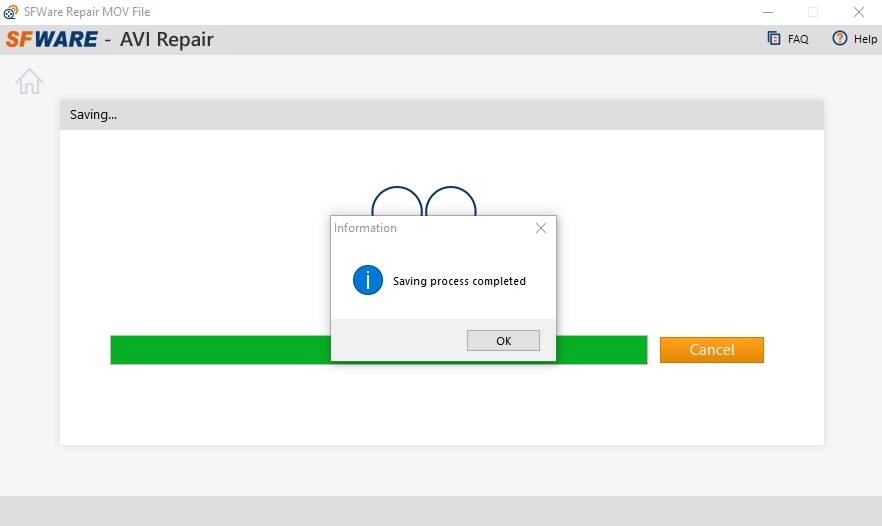 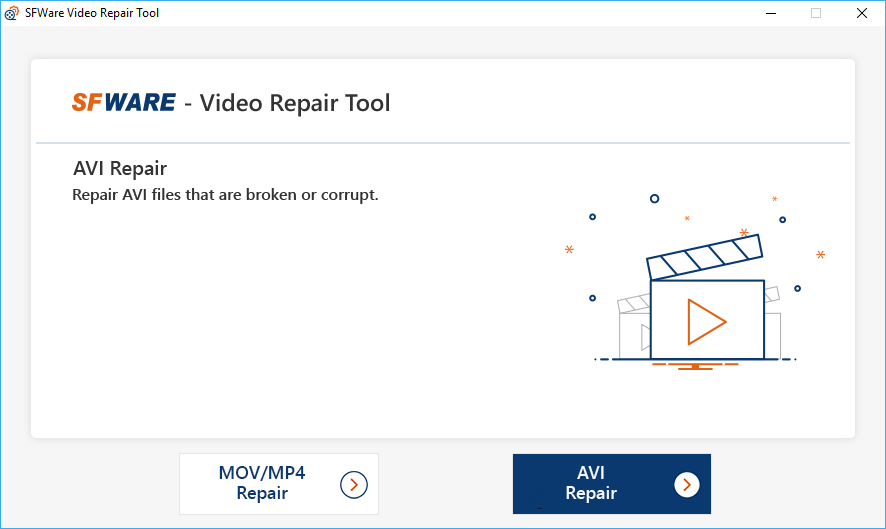